Maximizing Efficiencies is the Key to Affordable Housing

“Having uniformity in the regulations is the number one thing that would radically improve housing attainability,” says Charlie Chupp, Founder and CEO of Fading West, a development and modular construction firm based in Buena Vista, Colorado.

Chupp explains that there’s a lot of variation in zoning and modifications to the building code. “Every town, every county, every state has different requirements. It’s like trying to build a Camry, but every location wants a different type of Camry. That’s partly why there’s such a lack of efficiency in construction, which has contributed to the nationwide housing crisis." In Chupp’s view, just as repeatable designs are essential to manufacturing efficiencies, having housing designs that can be used repeatedly in different locations — without having to make modifications based on local regulations each time — is essential to housing efficiencies. Without those efficiencies, it’s not possible to create attainable or affordable housing. 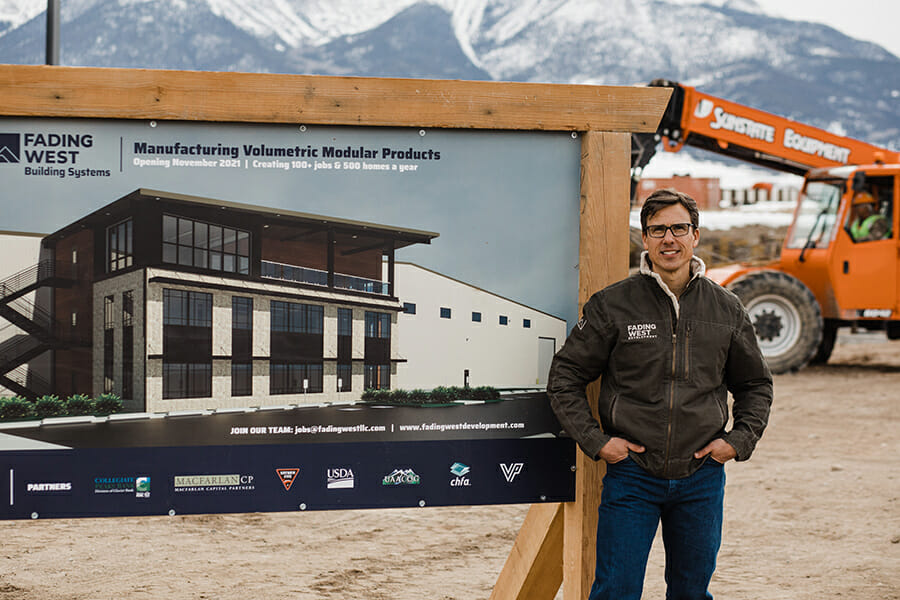 To get Fading West’s first attainable housing project off the ground in Buena Vista, the town’s codes needed to change to allow for higher density and smaller units.

"We talked with the town staff and Board of Trustees and explained that we could build attainable housing — but they would need to change the codes,” Chupp explains. “They were massively supportive. They revised their zoning and codes to allow zero-lot-line townhomes.”

Prior to this change, the town codes had been designed around large lots with big setbacks. “That makes the infrastructure costs per home so much higher, and makes it impossible to create attainable housing.”

Buena Vista is a small mountain town of only about 2800 people. “Housing prices have been going up and pushing out the local workforce,” Chupp says. “Teachers couldn’t find housing they could afford and were having to drive hours to get to work.”

After building his own house in Buena Vista, Chupp knew that it wouldn’t be possible “to create attainable housing by stick-building with on-site labor.” It would simply be too expensive. “There are few GCs here, a massive shortage of subcontractors and skilled laborers. It’s hard to find people to repair drywall, much less build a whole neighborhood.” Because of his manufacturing background, Chupp looked seriously at off-site construction for a solution.

For 12 years, Chupp was the CEO of a Florida company that manufactures kiosks for companies like Starbucks all over the United States, Canada, and Central America. “We implemented Toyota’s ‘Lean’ production system. With Lean, you try to eliminate waste throughout the entire process — from pre-design to serving coffee.”

He’s brought that Lean mind-set to the challenge of creating attainable housing in one of the most expensive states to build in.

“In any area, manufacturing processes are more efficient than site-work processes,” Chupp says. “But because Colorado is so expensive, the efficiencies you can gain with off-site manufacturing and integration are extraordinary, compared to on-site construction." To eliminate the efficiencies that often plague construction, Chupp says that forming a single company to integrate development, construction, and sales was crucial. “Every time another organization gets involved in the process, there’s waste, miscommunication, and errors,” Chupp says. “Instead of each individual organization focusing on minimizing their own risk and maximizing their own profit, we’ve integrated, so everyone is focused on the same end goal: A quality home at an attainable price for the customer.” 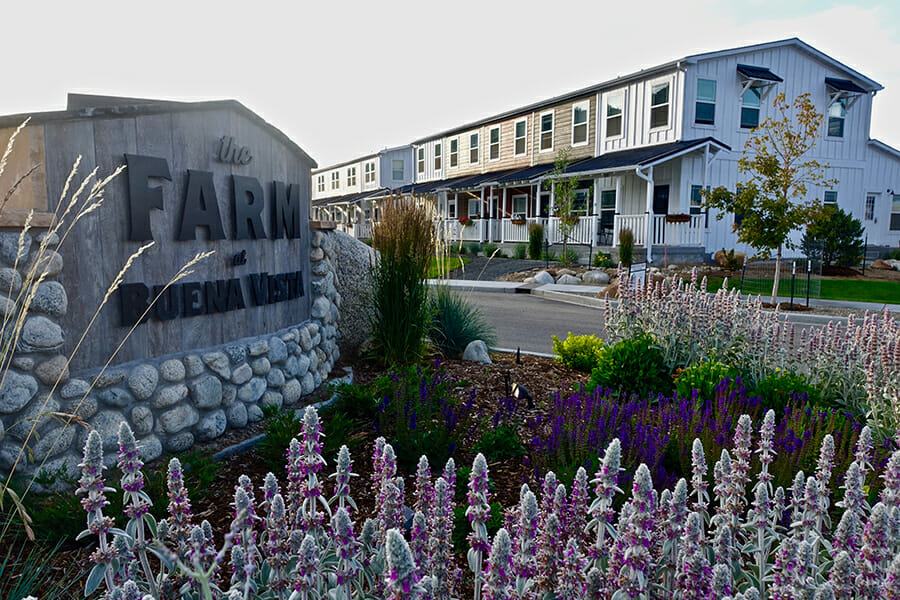 Defining attainable housing as homes that a family making 80% of the area’s median income could afford by spending 30% of their income on housing, Chupp called every modular factory that shipped into Colorado, asking if they could help create attainable housing on a 21-acre parcel in Buena Vista.

“I ended up working with BonnaVilla in Nebraska, who manufactured the modules for phase one of our first project. We wanted the homes to be attainable and also high quality, architecturally interesting, diverse, and conducive to fostering community,” says Chupp. Fading West designed six floor plans, and many of the homes have front porches facing onto small green spaces. “The pocket park concept encourages relationships between neighbors.”

This first project is The Farm, a 218-unit neighborhood that includes apartments, townhouses, and single family homes. The company started selling the homes in 2017. That year, there were only 17 homes sold in the entire town, so some locals thought a 218-unit project — the first major development in the town for 13 years — was overkill. But it’s been successful, with phase one sold out in three and a half years.

Note that The Farm is not a low-income community. “There are homes in the low- to middle $200,000s up to $650,000. That diversity is important because people don’t feel like they’re moving into a low-income area that they’re going to try to move out of as soon as they can. Instead, they stay and invest in their property, and develop relationships with their neighbors. They can establish roots and be part of a community.”

Speaking of community, one of Fading West’s neighbors is Colorado Mountain College. The college owns 24 acres just south of the company’s factory, which is on an 8-acre parcel. “We needed a construction easement on the college property, so we contacted them about that. We told them what we’re doing and they were excited about it,” Chupp recalls. Now Fading West is partnering with the college. “We have a long-term lease on some of their land, which we’ll use to store finished modules. And we’ll help them with their construction-manufacturing program. Starting in 2022, we’ll do internships and train students on off-site manufacturing, safety, Lean, and on-site work.”

The Future of Fading West

Fading West is opening a new factory in November, and they’ll do all their own manufacturing for phase two of The Farm. For the first two and a half months of operation, “the crew will be manufacturing the apartments for The Farm. Many of them will live in those apartments once they’re built.”

As well as developing their own attainable housing projects, Fading West will also manufacture homes for other developers. “The plan is that roughly half our production will go to our own developments. The other half will be partnering with other GCs and developers to manufacture modules for their projects.”

Fading West’s buildings are designed to be flexible, allowing them to develop many different sites around Colorado. “Our product line will include rowhomes, detached homes, and apartments. Each design will be optimized for our equipment, the systems we have in our factory, our suppliers, our staff’s skills and training, and what the customer is looking for,” Chupp explains. “We’ll have massive standardization in the factory, but still have flexibility in architectural theme and unit sizes.”

In the next three to five years, the company will double its manufacturing space in Buena Vista. They then plan to build a 300- to 400,000 square foot facility in the Denver and Colorado Springs area. “We want to continue to grow this streamlined, integrated model, so we can help solve the lack of attainable housing throughout the state.”

This article was first published in the Modular Advantage - July/August 2021 Edition.