If your parents own a modular construction business, it’s part of your childhood. For better or worse, it features in dinner table conversations. You spend time with mom or dad at the office, on the lot, or at construction sites. Family vacations might revolve around industry conventions. As an adult, you may or may not be interested in getting involved…

Childhood Around the Family Business

“Ramtech was my parents’ first kid and I was their second,” jokes Matt Slataper. Despite spending time around the business in childhood, and working there during high school and college summers, Slataper had no interest in construction or joining the company his parents founded in 1982.

Slataper is now the CEO of Ramtech.

“My aversion to joining the family business when I was younger was probably ego-driven,” says Slataper. “Now I think of it as an incredible blessing.”

Like Slataper, Jim Rasmussen worked in the business during high school and college summers. And he was just as certain he didn’t want to join the family business, Modern Building Systems, which his father founded in 1971.

“When the summer before my senior year finished, I told my dad it was the happiest day of my life,” Rasmussen recalls. “Because I’d never have to work in construction again!” he laughs.

Rasmussen is now the CEO of Modern, and thoroughly enjoys it.

Similarly, Lisa Cassone never expected to join the company her father founded in 1976, Cassone Leasing. She had a career as a Health Administrator before going back to school at age 40 to study interior design. She planned to start a company designing medical facilities.
Cassone is now the Executive Vice President of Cassone Leasing. “Getting involved in the family business was the best decision we ever made. I never looked back.” 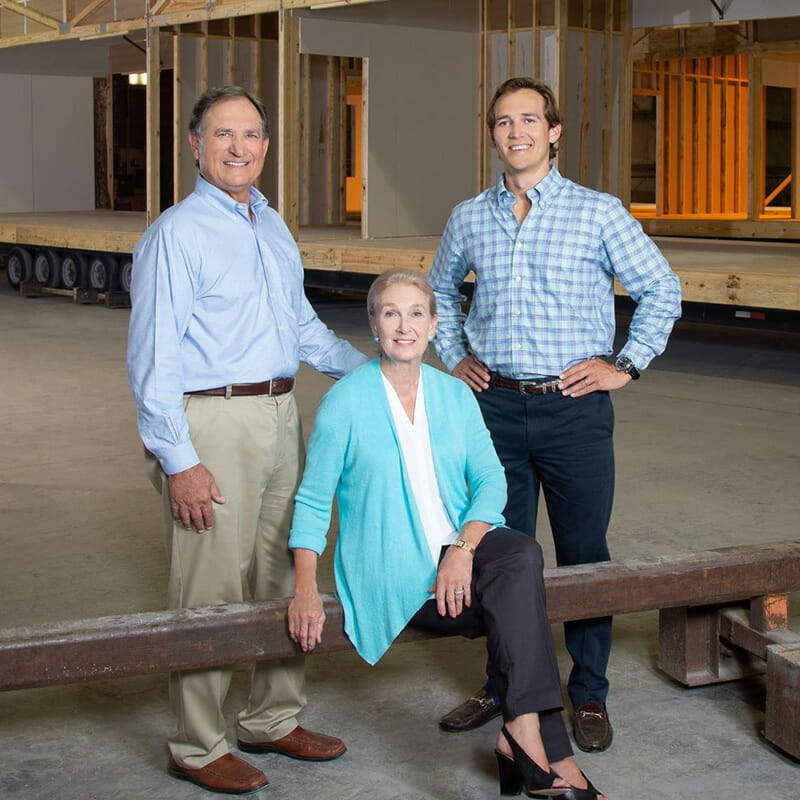 Matt Slataper is the CEO of Ramtech. Shirley and Mike Slataper are his parents.

Getting Involved in the Family Business

Paetra Orueta’s parents founded Blazer and she’s now the Executive Vice President. Her kids have worked at the company during high school summers. “As adults, I want them to find their own paths,” says Orueta. “I don’t want them to feel any obligation to join the company. Nor do I want them to assume they can join just because they’re family!”

If your kids do join the company, how to bring them in matters, according to Kathy Wilmot. She and her husband founded Wilmot Modular, and she’s the Chief Operating Officer and Vice President.

“Bring them in at the bottom,” Wilmot recommends. “Have them sweeping floors or whatever is the lowest responsibility role at your company.”
Wilmot says learning the business at all levels is how the owners’ children can gain other employees’ respect. She’s seen people place an adult child at a management level and says, “It just doesn’t work”.

Orueta also mentions the challenge of earning respect as an adult child in the family business. Over the 40+ years of Blazer’s operations, in addition to her parents and siblings, the company has had aunts, uncles, grandparents, cousins, and grandchildren working in a variety of roles.

“As kids of the founders, it was a struggle to earn people’s respect. In a way, it’s almost like you’re not allowed to become an adult. You’re always a kid,” Orueta says. “We had to work hard to prove ourselves, especially to longterm employees — and even to some family members!”

The relationships between family members and other employees can be challenging in family businesses.

“In our senior management meetings, four of the seven people are related. Because we’re family, we’re blunt and have no problem calling each other out,” says Wilmot.

“I’ve noticed the other three people in the room get quiet. They feel like they’re in the middle of a family argument!”

Because Wilmot doesn’t want the non-family members to feel uncomfortable, or unable to contribute, she says, “The four of us probably need to tone it down and be a bit more professional in meetings.”

Changing company structure can also reduce tensions. “We hired a VP to oversee day-to-day operations. My sons were promoted by the VP — not by me or my sister,” says Cassone.

“Being promoted by the VP tells my sons they deserved it,” Cassone says. “It also sends a message to the other staff that the promotion was earned. My sons are respected more because it wasn’t handed to them.”

Another challenge is that family members’ skillsets may not match what the business needs.

“My brother’s son, Alan, has the right skillset for this company,” says Rasmussen. Alan is Vice President of Production at Modern. “Alan’s younger brother probably doesn’t have the skills to work in a construction company. But he’s an excellent chef!”

“Outside the industry, classrooms have a bad reputation. Amongst other things, it’s great to show they can be visually pleasing, provide more daylighting, and be healthy learning environments.”

Rasmussen is also fond of an education project. It was built before his time at Modern, but there’s a drawing of it in the company’s lobby, which he sees every day he goes into the office.

“My dad built a school for Little Diomede island, which is in the middle of the Bering Strait. The modules were delivered by barge, and were set by a crane mounted on the barge,” Rasmussen explains. “There were 10 ft swells, and it was difficult to set the modules while bobbing up and down!”

Those involved in a family business don’t necessarily start with a passion — or the skills — for the work they do. Those can be discovered and developed over time.

“One of my brothers was a carpenter, and the other was an engineer. So they knew they wanted to be part of the business. When my dad asked me to join, I had no idea what my role would be and didn’t know if I wanted to be here,” recalls Rasmussen. 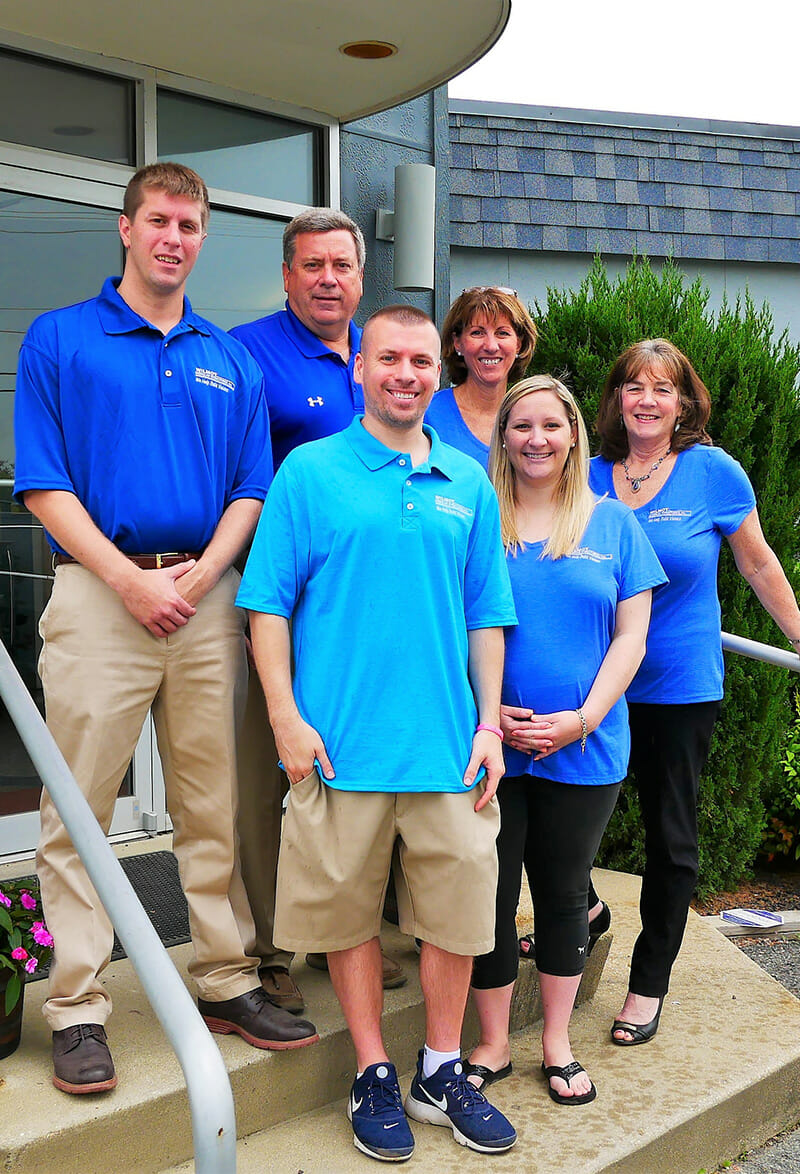 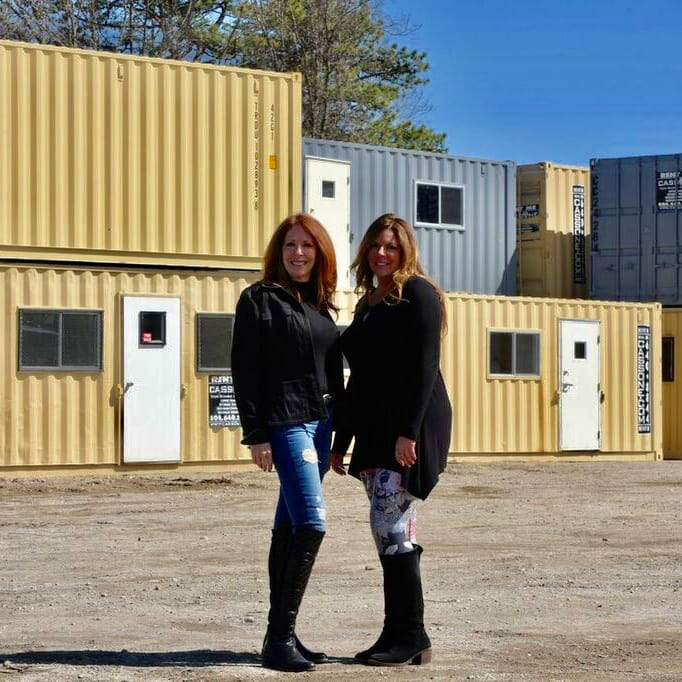 Lisa Cassone (Executive Vice President) on the left. Her sister, Lynn Cassone (President), is on the right.

But once he joined the company he quickly found that — compared with getting people to invest in stocks and bonds, or selling them insurance — selling tangible products like medical clinics, banks, and schools was much easier.

“I found I was very good at it. And I was also better at banking, risk management, and the whole finance side of things than my dad was. So it was an easy transition when my father wanted to retire.”

In the long term, Wilmot and her husband plan to pass their business to their kids, and they’re working on a succession plan.

“My husband will never retire,” Wilmot laughs. “So we need to figure out what his role will be. We don’t want to tell our sons we’re going to turn over the business, and then never leave! I’ve seen friends do that, and it pulls families apart.”

Rasmussen is second generation, and works with the third. He says he’d love “the young guys in the family to take over some day and continue the legacy of Modern.”

He sees himself “working until it’s not fun anymore” and then “handing over the keys to the racecar to the next generation to continue driving.” 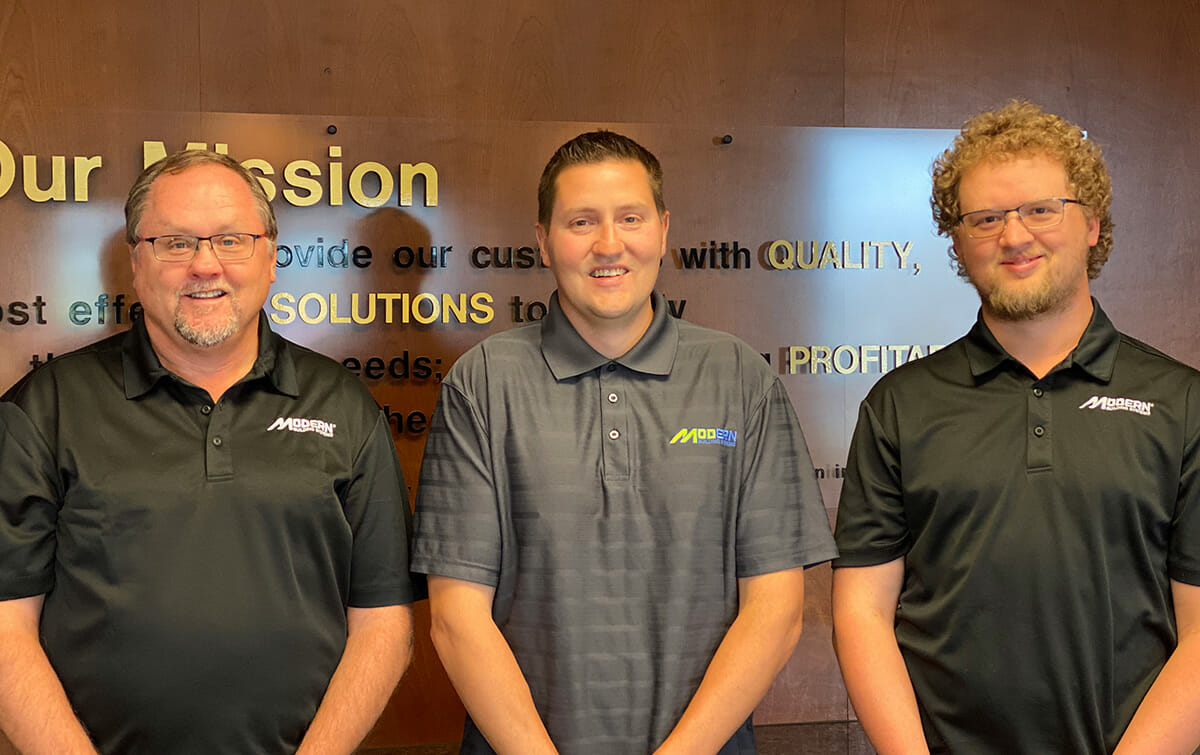 Rasmussen laughs that his goal is, “Don’t go out of business.”

When elaborating a more serious response, he says his goals are “probably the same as everybody else’s”.

And he’s right. They probably are the same as everybody else’s: “Continue to grow, do good work, and satisfy customers’ needs. We exist to provide space and make people happy. If you need a building, we want to do a good job, satisfy your expectations, and make a few bucks along the way.”

Laying the Foundation of the Modular Building Institute

Modular vs. Stick Built and A Case for the Future of Construction

Modular Building is (Almost) as Old as the Hills