MBI was recently asked to participate in an international conference organized by Hong Kong University and hosted by the Construction Industry Council of Hong Kong. The conference centered around Hong Kong’s planned use of “Modular Integrated Construction” (MIC) to address their housing issues.

Hong Kong has one of the highest development 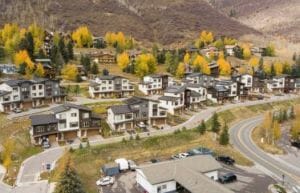 Hong Kong has virtually no modular industry today, yet government officials are considering steel modular construction for high-rise buildings to house residents. This is not unprecedented as several presentations during the conference documented progress in other parts of the world. For example, Singapore had no modular industry five years ago, and today four modular public housing projects, each topping 30 stories, have been completed. Five years ago, Australia’s modular industry largely consisted of relocatable buildings and workforce housing. Hickory Group has completed a 43-story building, with a 44-story building about to be complete. While more of a panelized system, this progress towards alternative construction techniques is stunning.

In the U.K. it is estimated that new housing construction needs to double to reach the government’s goal of 300,000 new units annually by the middle of the next decade. The U.K. modular market is much more mature than most other regions, with tall modular structures dating back more than a decade. MBI organized a tour in 2008 to visit U.K. factories as well as a 17-story and 24-story modular student housing projects. Today, 20+ story modular structures are occurring with much more regularity in the U.K.

While there are obviously many differences in overseas markets, there were some striking similarities.