Robots are the Future of Modular Construction

Rick Murdock is a building operations and manufacturing expert with 40 years of experience managing modular construction projects across the US and Canada. His experience includes serving most recently as a Founder and COO of Guerdon Enterprises, where he pioneered major innovations in large scale multi-story, multi-family modular manufacturing that made the company an award-winning industry leader. He has led operations for multiple manufacturing divisions, overseeing the execution a plethora of successful modular projects.

Autovol CEO and co-founder, Richard Murdock, has worked in the modular industry since he was 19 years old. “Back then, there wasn’t a lot of modular stuff going on. It was mostly mobile homes. I loved it from the first day, and have continued to love it.” Over the years, he’s worked on many different types of projects, including military camps, hotels, market-rate apartments, and affordable apartments. And he’s had experience in a number of different companies, across many different areas of operations.

That experience includes having worked on the shop floor, so he has first-hand knowledge of the hard physical work that modular construction — like traditional construction — typically involves. “It’s hard labor to build floors and ceilings and walls. It involves handling very heavy materials, and it’s hard on the body to do that for long periods of time.”

Murdock says that when he was young, it was easy to find people willing to do that hard physical labor, but it’s much more difficult today. And not only is it hard to attract workers, it’s hard to keep them — and prevent their bodies from wearing out.

“Few young people are attracted to the construction industry — including the modular industry — and I think that’s largely because of the hard, heavy physical work on a day-to-day basis. So I thought that automation and robotics would take the heavy lifting off humans, and help attract young people who have grown up with technology.”

In addition to tackling the labor shortage, Murdock’s view is that by embracing automation, the modular industry also has a great opportunity to make a dent in the problem of supplying affordable housing. This insight led to the birth of Autovol in 2019, which makes extensive use of robots in its production lines. 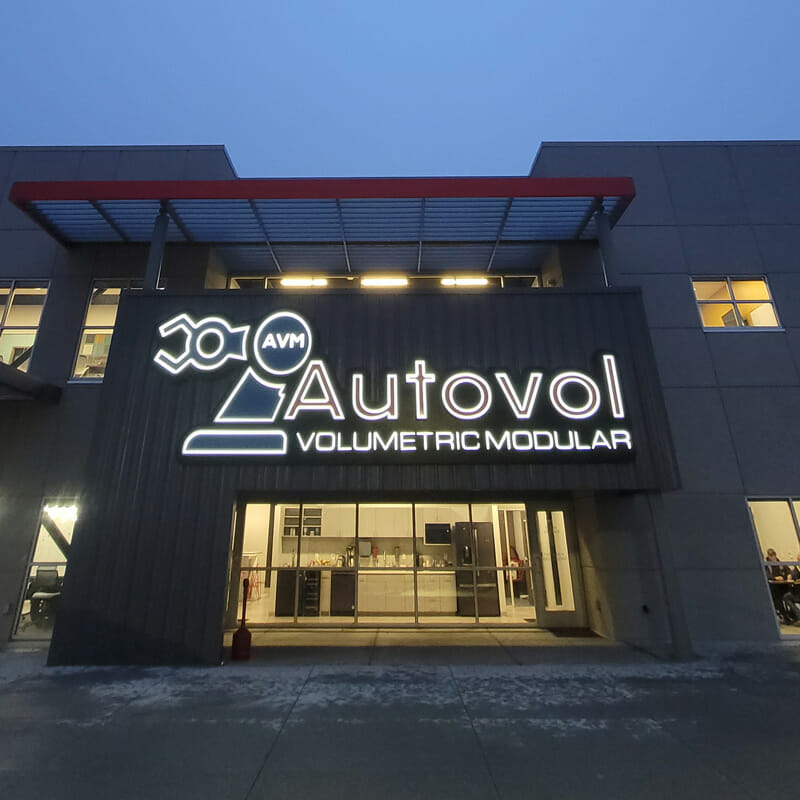 Autovol CEO Rick Murdock’s view is that by embracing automation, the modular industry also has a great opportunity to make a dent in the problem of supplying affordable housing.

Automation has made hiring easier for Autovol. In particular, they’ve been able to attract more young people and women — currently 31% of the company’s employees are women.

“We’ve seen a huge difference in hiring,” Murdock says. “The technology has attracted a wicked-smart group of young people. They’ve grown up with technology, and they enjoy it.”

By freeing people from heavy lifting work, Murdock says Autovol can make better use of employees’ brains, and “we’ve seen far less employee turnover and injuries in our automated areas because we’ve minimized the strenuous labor.”

He emphasizes the importance of the people in the plant. “At the end of the day, robots are nothing without people to program, schedule, and operate them. The robots are just tools.” 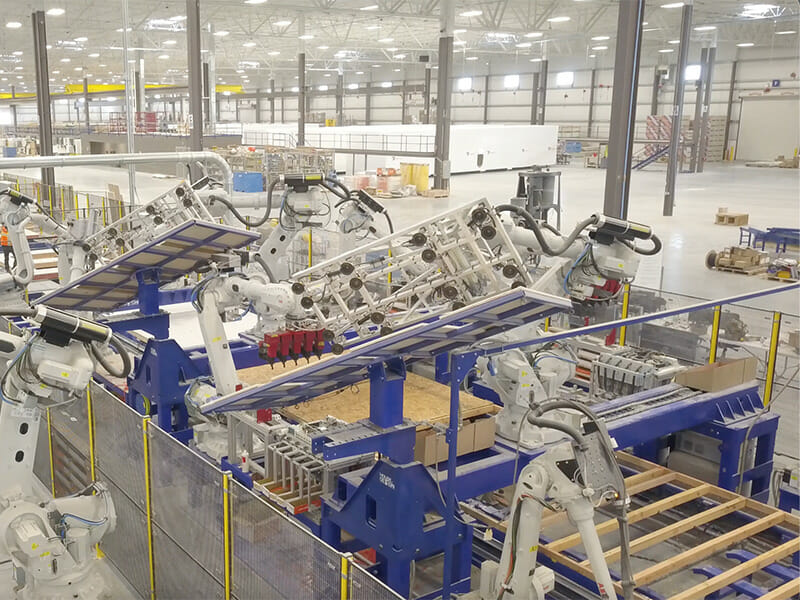 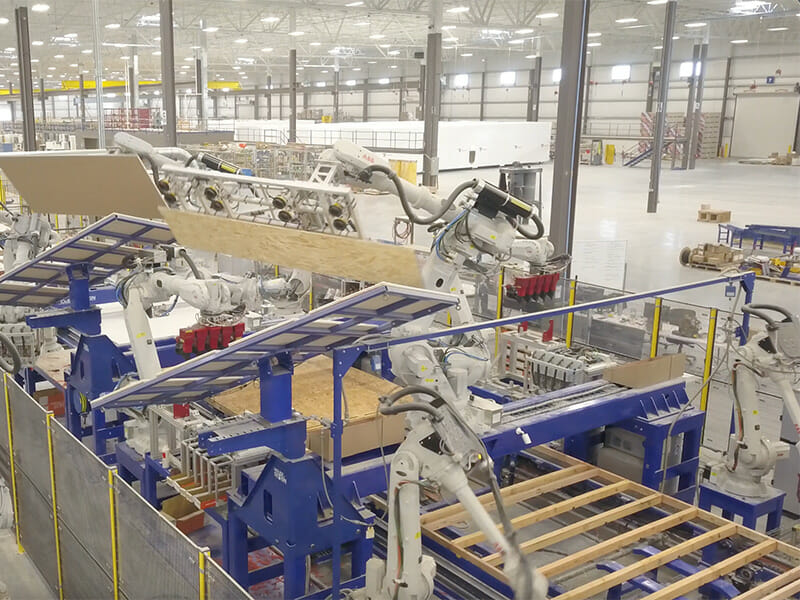 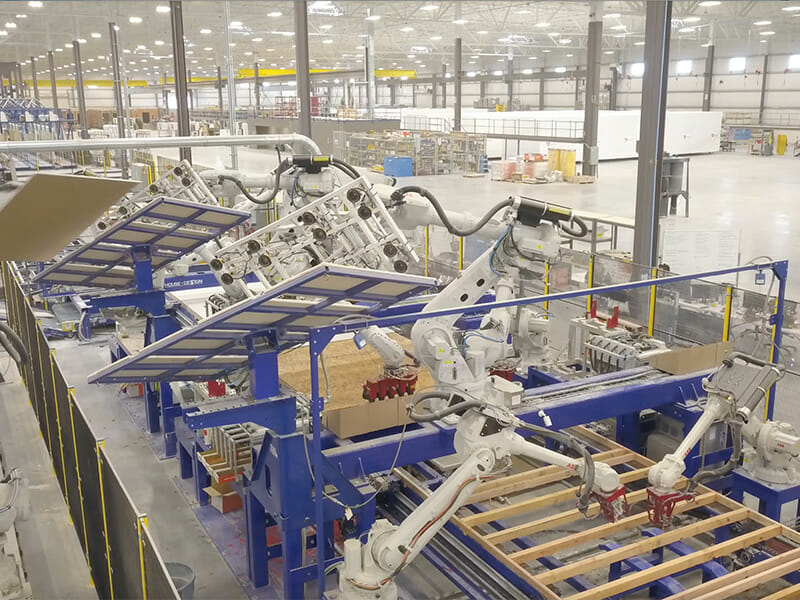 They’re tools that result in a higher quality product that’s produced more quickly. “Without automation, you’d need a lot more labor to produce modules at the same rate,” Murdock says. “And even if you had that labor, you wouldn’t have the precision. People get tired, they make mistakes. After working with heavy tools for a few hours, there’s more variation in placement. Robot arms never get tired, sluggish, or inaccurate.”

The precision robots can eliminate re-work — which is a time-consuming expense. “The more square you can make a building, the more exact the placement of fasteners is. The more exact you can make each component of a building, the better the building goes together, the better all the finishes end up,” Murdock says. “When all the pieces come together, you get a nice, crisp product. You have less drywall cracking, things like that. Less re-work means lower costs.”

“Without automation, you’d need a lot more labor to produce modules at the same rate,” Murdock says. “And even if you had that labor, you wouldn’t have the precision. People get tired, they make mistakes. After working with heavy tools for a few hours, there’s more variation in placement. Robot arms never get tired, sluggish, or inaccurate.”

To develop Autovol’s plant in Idaho, Murdock collaborated with experts in automation and robotics technology in the automobile and other industries. At this point, the factory lines that build module walls are already fully automated. Murdock explains: “Robots pick the lumber, stage it, do all the framing. They nail, glue, or screw all the parts. They pick the OSB [oriented strand board] or sheet rock, place it, and other robots come in to secure it. More robots cut the openings. Robots complete entire wall sections and move them to the storage area without human hands touching them at all.”

Using overhead cranes, humans put the wall sections together. Then tradespeople install windows, cabinets, MEP, and so on.

The lines for the floor systems and ceiling systems have not yet reached that same level of automation, but Murdock anticipates they will be fully automated within a few months, with a year or two to perfect the processes and gain maximum efficiencies. 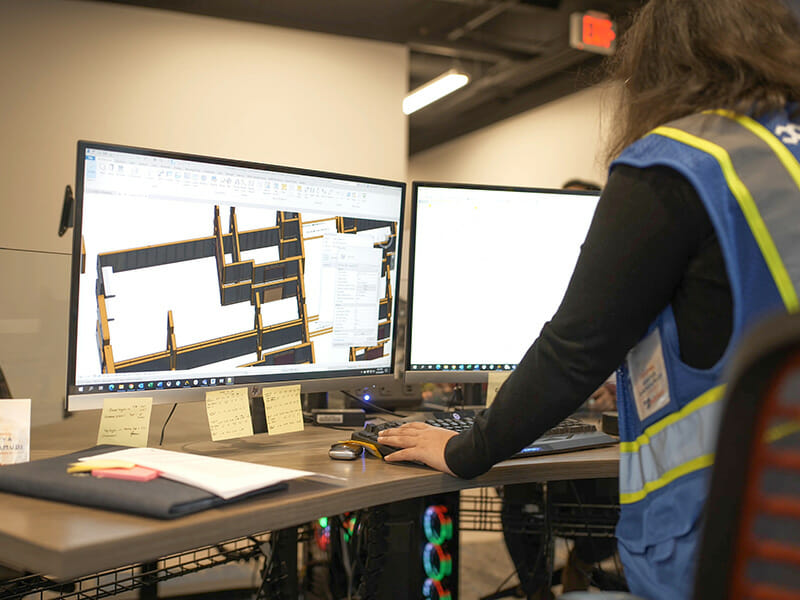 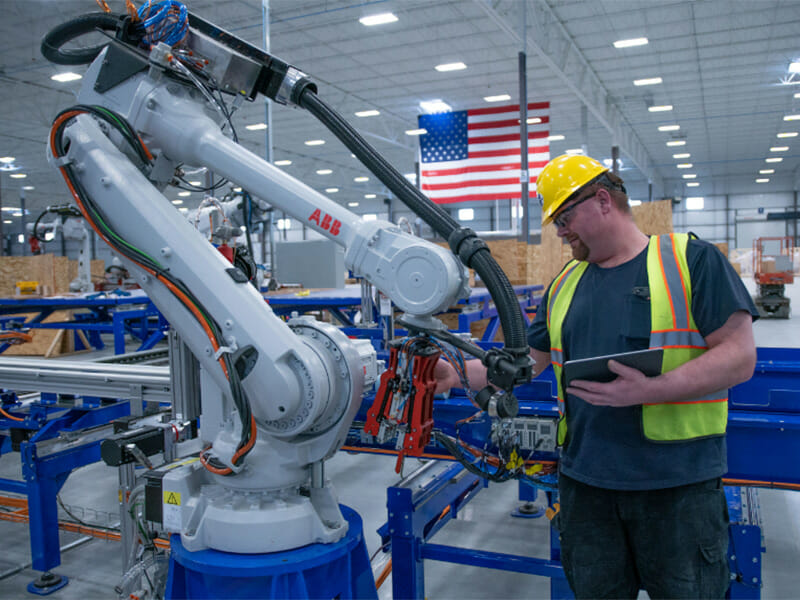 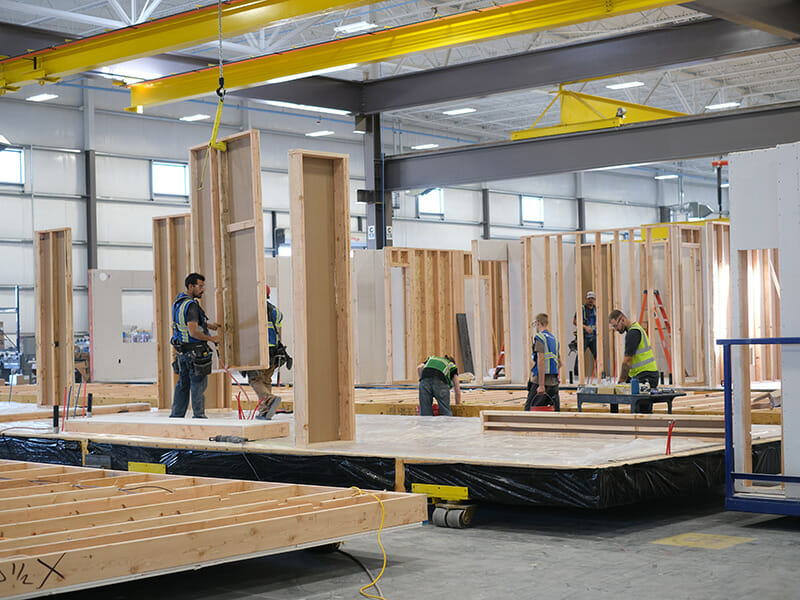 “We’re focusing on affordable housing because that’s a crisis right now,” Murdock says. “By using automated modular manufacturing, we can build more efficiently and so lower the cost of construction in many markets. Ultimately, that lowers the cost people have to pay to live in an apartment.”

The Idaho factory is currently manufacturing modules for Autovol’s fourth major project — a five-story affordable housing complex consisting of two- and three-bedroom apartments, which will be located in California. Their previous three projects were studio apartments, the first of which has been set, and the other two are getting ready for shipment.

To gain maximum efficiencies and keep costs down, the company tries to standardize their manufacturing operations as much as possible. “Although in many ways each project is different, we are able to re-use some aspects of the designs so we can reap greater efficiencies,” Murdock says.

He also emphasizes the importance of the company being involved in design from the earliest stages of a project. “It’s always best when a project is designed to be modular from the beginning. We work with the architect on the design, engineering, and MEP [mechanical, electrical, plumbing] for each building.”

Autovol collaborates with Prefab Logic, a pre-construction firm, to translate the architectural vision into factory data. “That data is used to create the file that gives the robots instructions for the construction processes they need to perform.”

The future is robotic

“The demand for affordable housing is so high that one factory can’t make much difference. In the future, whether they’re Autovol plants or other automated volumetric plants, there’s going to be many more of them in the United States — and around the world — to meet the demand.”

Murdock says the idea behind Autovol is to improve the way construction is done, and that the company has fostered a community of people who share the same mission. “Automation and robotics are wonderful. But it’s people who make things happen. It’s people who build successful companies.”