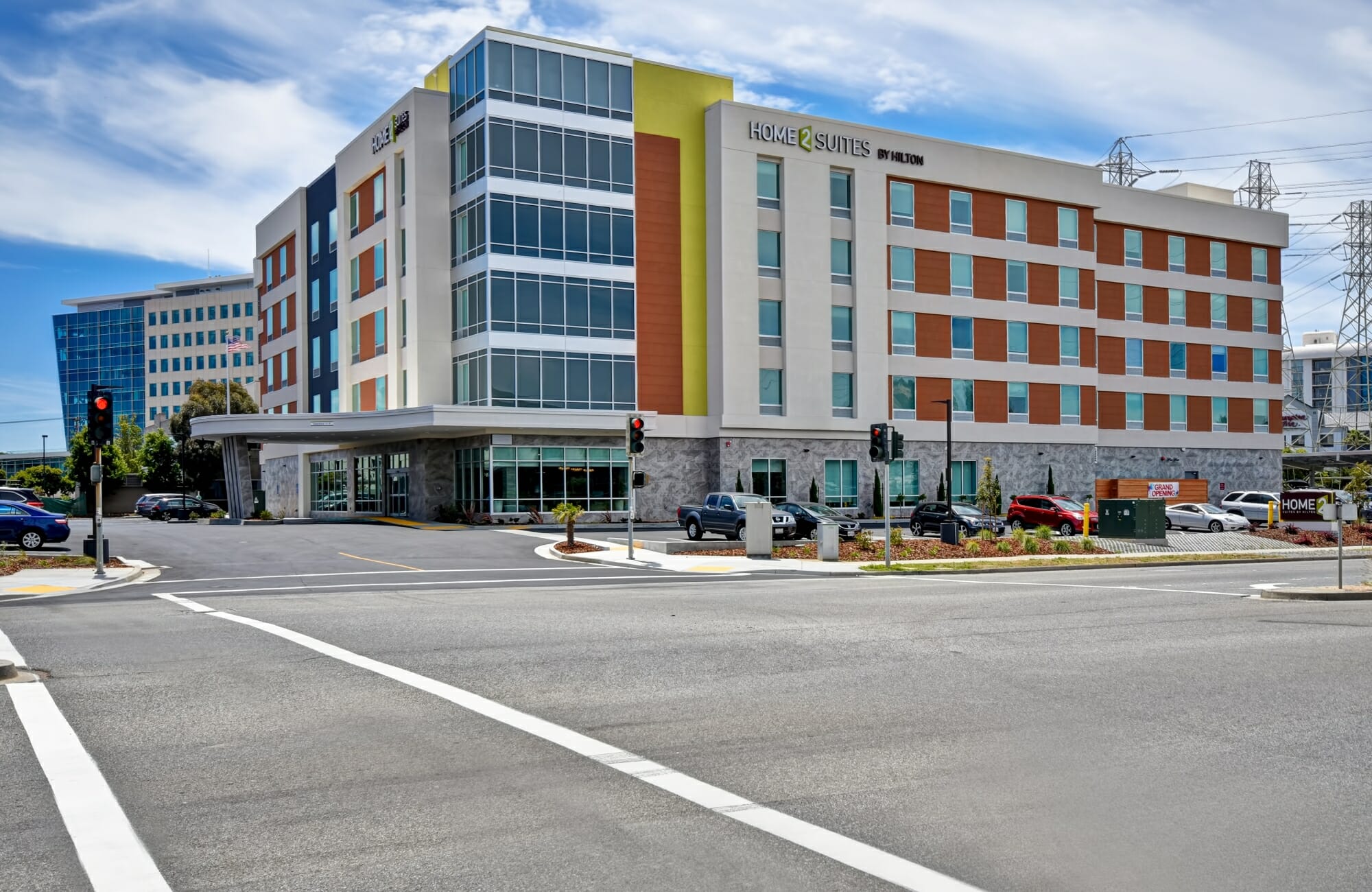 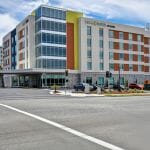 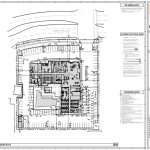 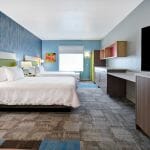 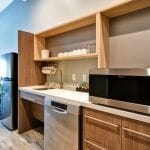 This modular hotel achieved architectural excellence through several different elements. First, the use of a glass curtain wall at the southeast corner of the building and higher than typical glazing at the lobby level created a considerably brighter appearance, both inside and out. Additionally, the increased size of the lobby itself with it open design, in combination with the added glazing, produced a significantly more open feel, noticeably more natural light, and grander guest experience. The exterior use of glazing, color, eye-catching lighting, and a porte cochere makes for a stunning visual appearance from the moment a guest arrives.

Instead of building a separate corporate office elsewhere, this owner pushed the existing allowable height limits of wood modular construction, built 5 additional modules (consisting of approximately 2,500 sf), and placed them atop the hotel, creating a 6th story which is used as their private penthouse and corporate office.

This project is a prime example of the cost-effective power of modular construction when compared to conventional onsite construction! The disciplined and proactive design approach along with a “Build your team first” mindset of the owner during the pre-construction phase created a nearly flawless construction phase and resulted in the occupancy of this project eight months faster, at a minimum, than conventional construction. Speed to market analysis of the actual data from the owner proved to be nothing short of spectacular! With 155 total guestrooms, an average occupancy of 73.5%, and an average daily rate of $185 per night, the resulting revenue capture was $5.23MM. Additionally, the use of offsite modular construction utilizing Boise, ID non-union labor rates, as opposed to onsite conventional construction in the heavily unionized labor force of the San Francisco Bay Area, resulted in $2M in hard construction cost savings. The total savings and revenue capture was $7.23M!