The Modular Building Institute’s 2019 World of Modular attracted a record crowd of over 1,000 attendees from more than 20 countries. The event featured more than 30 breakout sessions focused on a range of topics such as manufacturing efficiencies, engineering and design of modular buildings, legal, insurance, and regulatory issues, case studies, and business development topics. 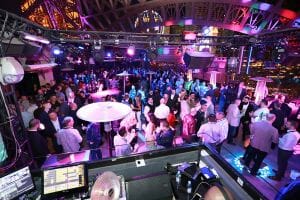 Chris Peterson, President of Satellite Shelters, Inc., was awarded the Outstanding Achievement Award which recognizes an individual’s commitment to MBI and the commercial modular building industry. MBI also inducted Gerry Holthaus, Chairman of the Board of WillScot, into the Hall of Fame for his 25 years of service to the industry.

Plans are already underway for next year’s World of Modular Conference to be held at the Rosen Shingle Creek Golf Resort in Orlando, Florida from March 9 - 12, 2020